Peterborough Parks and Gardens: An Overview 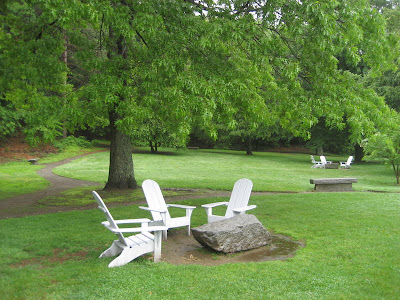 The first year anniversary of this blog has come and gone and it seems like a good time (better late than never) to give an overview of the parks and public gardens that I work on here in Peterborough, New Hampshire. There are three main parks in Peterborough, each with their own distinct character: Putnam Park, Depot Park and Teixeira Park. Adjacent to Putnam Park on Grove Street, there are two smaller parks, Putnam Park II (Boccelli Garden) and Nubanusit Terrace. 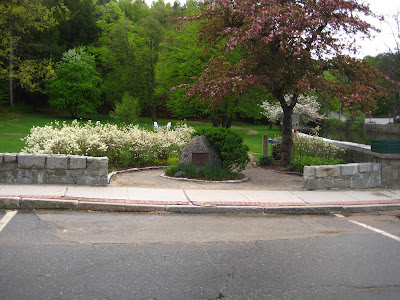 The Entrance Garden at Putnam Park on Grove Street 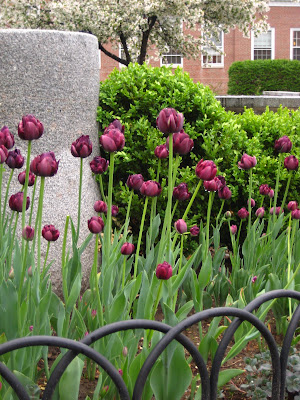 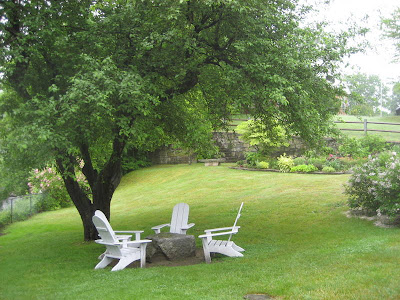 Putnam Park II, across the street from Putnam Park, with Seating and the Boccelli Garden Behind 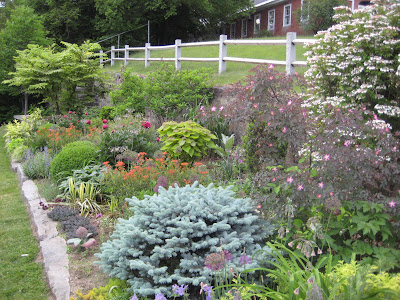 The Boccelli Garden in Putnam Park II on Grove Street 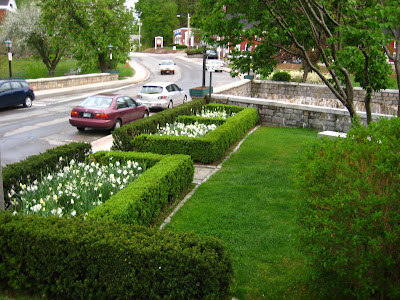 Nubanusit Terrace across the bridge from Putnam Park on Grove Street 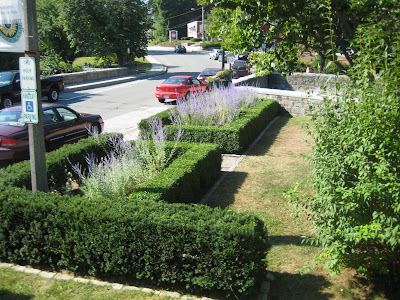 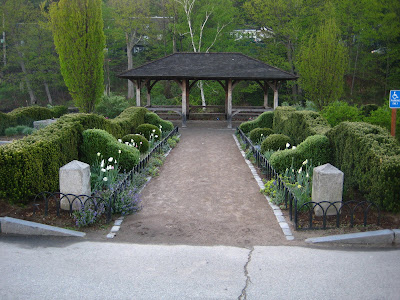 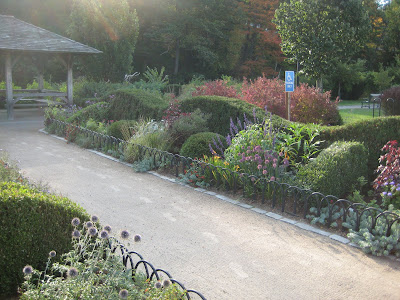 The Pavilion Garden in Late Summer 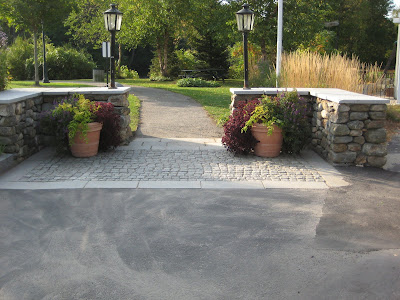 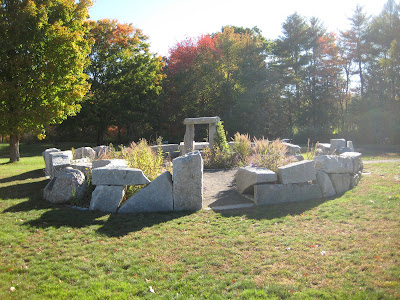 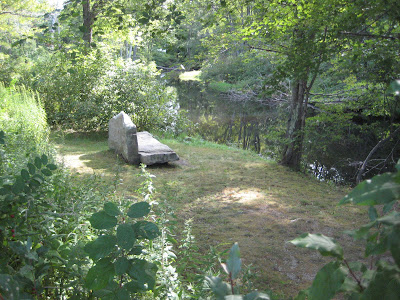 Putnam Park is the oldest Park in Peterborough. The two acre parcel on Grove Street was deeded to the town in 1862 by Cathryn Putnam. Miss Putnam was a resident of Peterborough and loved this piece of land which had a stand of hemlock, maple and beech trees along the Nubanusit River. When she was 84 years old, she wanted to see it protected and bought the land and deeded it to the town two weeks before she died. In the late 1950's the neglected park was professionally redesigned and paths and new plantings were added.

Little was done to the park until the late 1990's. It had become tired, dark and the trees and shrubs were overgrown. The Parks Committee opened up the park and created more light by removing and replacing overgrown shrubs and having tree work done to the mature trees. Delapidated benches were replaced with signature granite benches and Adirondack chair seating areas were added. The entrance garden was renovated and an invasive Euomymus alata hedge was replaced with Fothergilla major 'Mt Airy'. Most recently, a rain garden was added in 2010 to help drain the storm water from an adjacent parking lot that often flooded the park and eroded the paths.

Putnam Park II is a small half acre piece of land across the street from Putnam Park which was acquired by the town in 1983. A house was on the site which was in state of disrepair and was removed. The Parks Committee created a 60 foot x 16 foot mixed border, named Boccelli Garden, in 1999 along a granite wall abutting the GAR Hall. The garden has a combination of vibrant shrubs, perennials, annuals and bulbs planted for seasonal interest throughout the year. The garden was named in honor of Michael and Maria "Ma" Boccelli, Italian immigrants who lived in the house in the first half of the twentieth century. Michael planted the horse chestnut and apple trees that continue to grace the park.

Nubanusit Terrace is a pocket park across the Nubanusit River from Putnam Park on Grove Street. Nubanusit Terrace was once the site of a building that burned to the ground in 1941 revealing an exceptional view of the Nubanusit River and waterfalls. The lot was bought by a group of concerned citizens and deeded to the town. A tree lilac , Syringa reticulata, was planted in 1989. In 2002, the Parks Committee added the formal hedged garden which has a white-flowered bulb show in the spring and Russian sage in bloom throughout the summer. It is a very simple and elegant garden.

Depot Park is the newest and most widely used park in Peterborough. A group called Downtown 2000 raised money to buy the land, a former parking lot, to form a park at confluence of the of the Nubanusit and Contoocook Rivers. Gordon Hayward, the VT based garden designer and writer, was commissioned to lay out the park which was installed in the lated 1990's. I think of Depot Park as the "in town" park and it correspondingly has the most urban feel to it. The final act of Downtown 2000 was to erect the pavilion which was meant to recall the feeling of the former train depot building that once stood near the site. The Parks Committee added the the entrance garden at the path leading to the pavilion in 2000. The yew hedges have been clipped into waves to create a more whimsical feel.

Teixeira Park was donated to the town by Pearl Teixeira, wife of former selectman, Louis Teixeira, in his honor in 1971. The one-and-a-half acre plot between Union Street and the Nubanusit River in West Peterborough was recently developed in the last five years. The Ruin Garden and a dozen Malus ' Prairiefire' were installed in 2006. A walkway was added in 2010.
The intention of Teixeira Park is for the park to have a wild feel and attract birds and butterflies. Slowly we are revealing views of the river for the passerby.