No Need to Pardon Ogunquit's Appearance 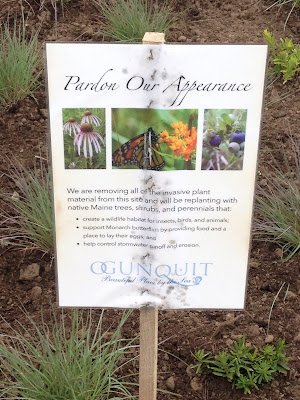 I came across this new planting along the Marginal Way in Ogunquit, ME. The town has removed invasive species and replanted the area with Maine natives that attract monarch butterflies. The planting includes echinacea,  asclepias, blueberry, sweet fern and several species of native grasses. 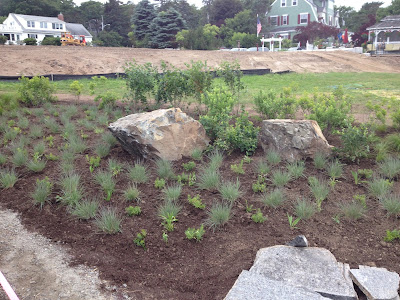 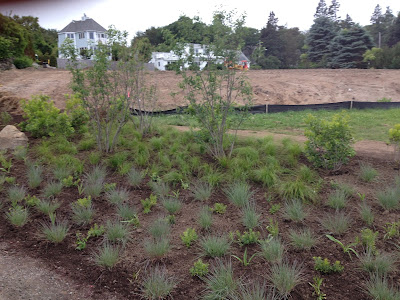 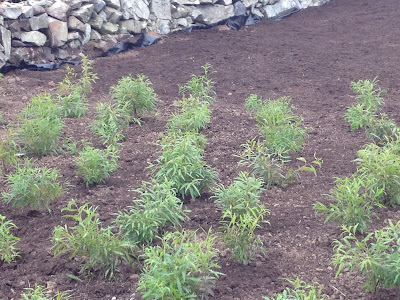 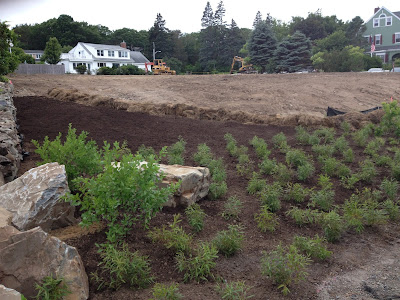 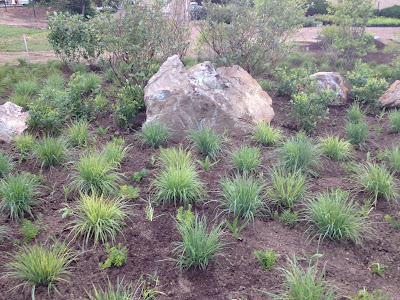 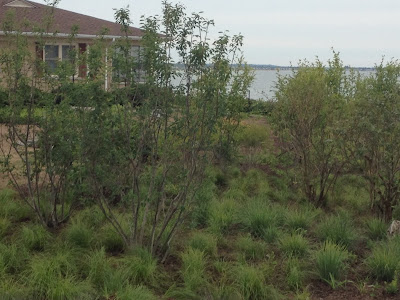 The Boccelli Garden in Mid-June 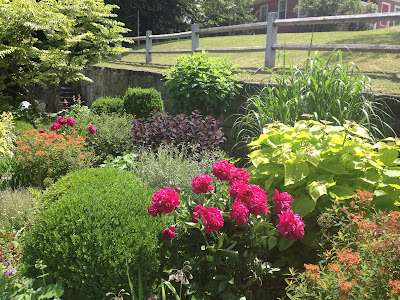 When the Peony 'Peter Brand' comes into bloom, the Boccelli Garden pops with excitment. I especially like the contrast of the chartreuse leaves of Catalpa bignonioides 'Aurea' and the orange flowers of Euphorbia griffithii ‘Dixter’, a selection made by the late Christopher Lloyd of Great Dixter. 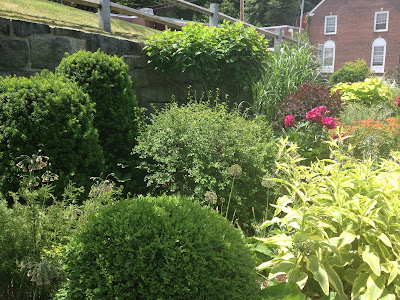 Another Great Dixter plant in the Boccelli Garden brought to the United States by Dan Hinkley of Heronswood fame is Ribes alpinum 'Aurea', which can be seen in the center of this photo. Hinkley brought back a suckering stem of the plant at Great Dixter and propagated it for sale in 2004. I got great pleasure out of seeing the original plant at Great Dixter when I was there last month.

Posted by Unknown at 2:42 PM No comments:

Nigel Dunnett's Roof Garden in the City of London 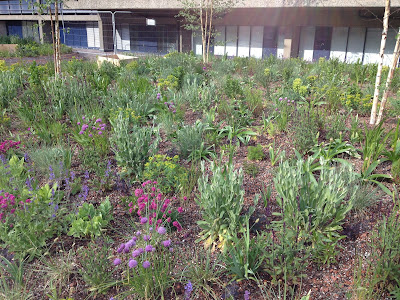 While I was in England last month, a gardening friend showed me Nigel Dunnett's newly installed garden in The City of London. My friend, Giacomo Guzzon, is a recent graduate from landscape architect school works for a firm that has its offices near the garden called Beech Gardens. Beech gardens is a roof garden that uses a modern and ecologically sensitive design approach that takes into consideration biodiversity and aesthetics in equal measure. Dunnett is perhaps best known for designing the  meadows at the London Olympic Park in 2012. 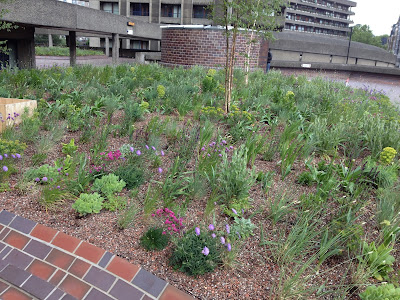 In this project, he planted over 22,000 herbaceous plants that were chosen for color interest throughout the year. Fourteen multi-stemmed trees, including silver birch, Betula pendula, and Prunus serrula. 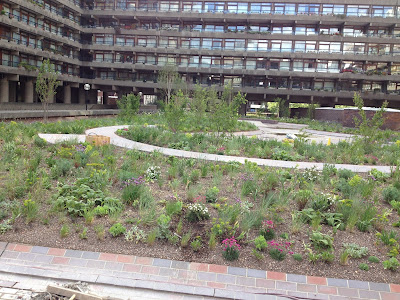 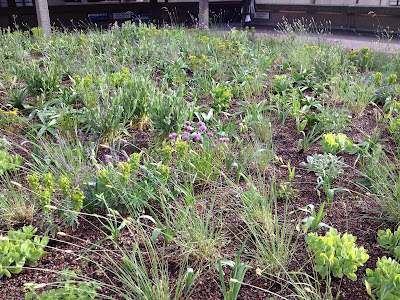 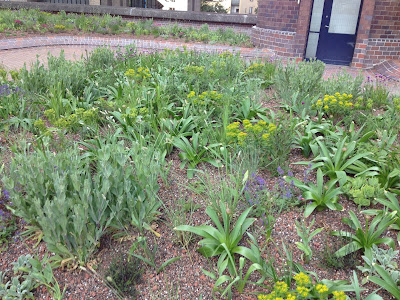 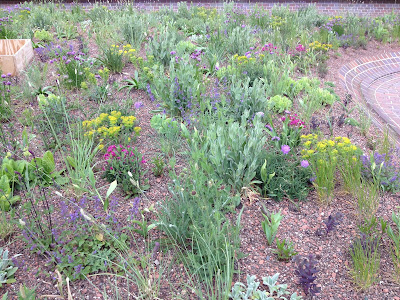 A partial list of the plants included: Sedum ‘Jose Augergine’, Achillia ‘Terracotta’, Euphorbia characias 'Humpty Dumpty', Thymus ‘Silver Posie’, Salvia 'Caradonna', Limonium platyphyllum. The plants are combined in a way that appears to distribute the plants equally. As someone who is experienced in designing and working on public spaces, this approach will be challenging to maintain without knowledgeable gardeners. I was pleased that Giacomo showed me this garden because I have never seen Nigel Dunnett's work in person. I hope to visit the garden next year to see how it develops and matures over time. 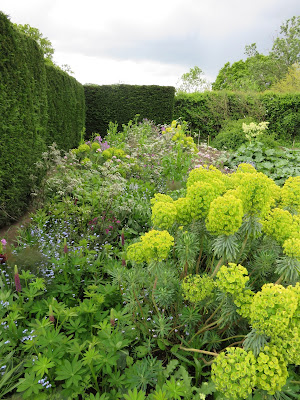 While we were at Great Dixter, our tour guide, Rachael Dodd, mentioned that she has been collaborating with last year's Best in Show winner, Luciano Giubbilei, on a trial border in the vegetable garden at Great Dixter. Giubbilei, an Italian, had designed gardens for clients that reflected his heritage and were comprised primarily of hardscape and clipped hornbeam, yew, boxwood and beech. After he created his 2011 Chelsea garden, he wanted to get a greater understanding of the herbaceous elements of garden design. Fergus Garrett invited him to have 'residency' at Great Dixter and gave him a small plot where Giubbilei can get his hands dirty and experiment with planting techniques and combinations. James Horner, also a former Christopher Lloyd scholar worked with him on his Chelsea Flower Show winning garden. 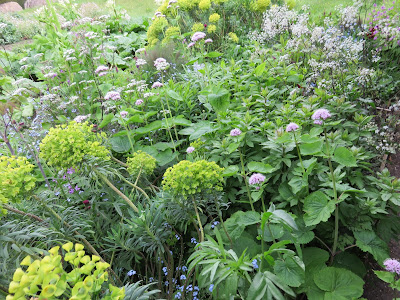 Euphorbias were a main feature of the garden in May 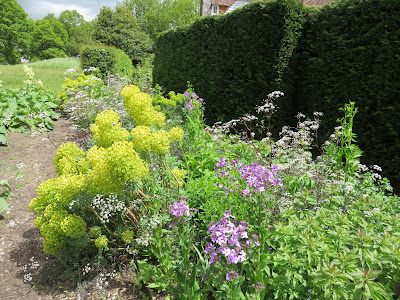 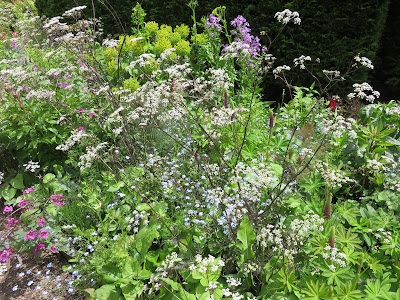 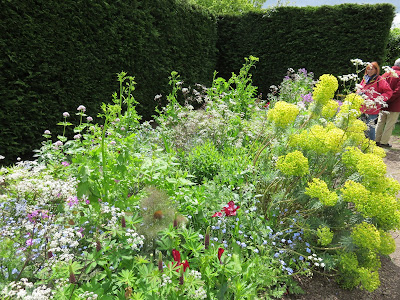 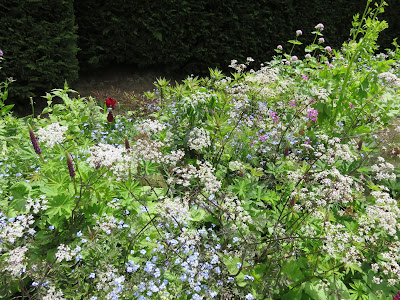 Cow's parsley was another feature 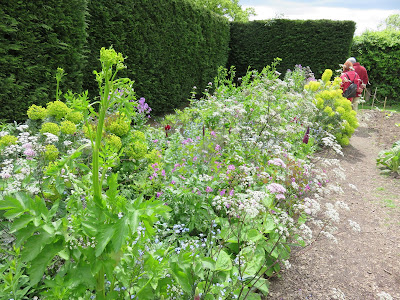 The garden will also have another peak in autumn when the tall Eupatorium are in bloom. 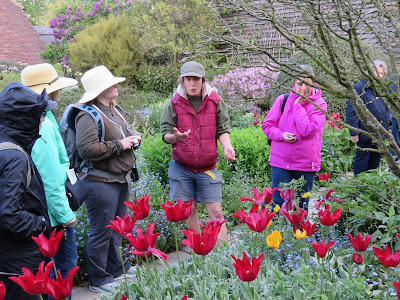 Rachael Dodd gave a tour that was delightful and informative. Rachael was a former Christopher Lloyd scholar and has continued on at Great Dixter. Fergus Garrett must be doing something right to attract such enthusiastic and knowledgeable students and staff. 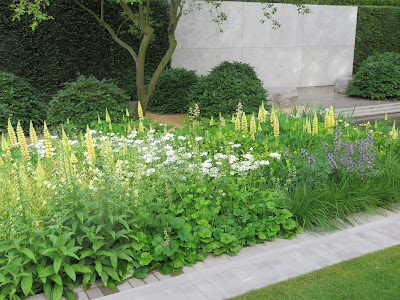 Luciano Giubbilei's Gold Medal winning garden at the 2014 Chelsea Flower Show. This planting was a result of his collaboration with Dixter-trained James Horner who worked with Giubbilei, overseen by Fergus Garrett, on in his border at Great Dixter.