In Gratitude for a Public Parks Champion 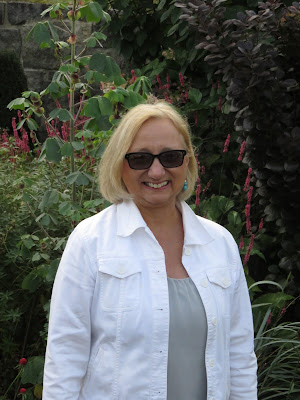 Thanksgiving week is an excellent time to take a moment of gratitude for those who have made a difference in our lives and in this case, our community here in Peterborough, New Hampshire. Last month, our Town Administrator, Pam Brenner, retired. Pam has been instrumental in the Public/Private Partnership that have made the gardens in the public parks in Peterborough a success. As a member of the Peterborough Parks Committee, I have been collaborating with Pam for 17 years of her two-decade-long tenure. Pam understood the importance and usefulness of beautiful public spaces in the economic vitality and quality of life of our town and she has been supportive of each and every project in the parks. Pam has been instrumental in securing grants, public funding and collaborating with private philanthropists and gardening volunteers to create parks of the highest quality in both horticulture and design. Thank you, Pam, for all that you have done to make our town a better place. You will be greatly missed! Enjoy your well-deserved retirement.

Posted by Unknown at 6:41 PM No comments:

For the last five years, I have been an assistant tour guide on "The Best of English Gardens" tour for my friend Michael Induni's company, Discover Europe. "The Best of English Gardens" is a wonderful tour, but it isn't exclusively a tour of gardens. The itinerary also includes Stonehenge, the city of Bath and two nights in Salisbury to see the local sites including the Magna Carta. I have been working with Michael to create a tour for the more discriminating gardener. I researched gardens from London to the Cotswolds. I wanted to visit classic and historic gardens, but I also tried to include contemporary gardens that illustrate the latest in horticulture and design. I thought spending a longer time in less locations would be a more relaxing way to see gardens, so we removed two nights in Salisbury and added time in the Cotswolds.

I came across a December, 2012 article that Penelope Hobhouse wrote for Gardens Illustrated called "25 of the best English gardens to visit throughout England" and cross-referenced that with Tim Richardson's 2013 book The New English Garden and created a new tour called "The Passionate Gardener" Tour. One garden I had been dying to see was Gina Price's private garden, Pettifers. So I scouted Pettifers and Rousham House last year and loved them both. Pettifers has deservedly gotten a lot of press (the cover of The New English Garden) in the last several years. It is a plants-person's garden with a clean modern design. The grouping of four "flask-shaped yew topiaries" have become nearly as iconic as the former yew waves in Piet Oudolf's garden, Hummelo. Her gardener, Polly, is both delightful and knowledgeable. In landscape garden department, I looked to the Hobhouse article and substituted  Rousham House, a privately owned, intimate garden designed by William Kent for Stourhead, a National Trust Garden with hundreds of visitors. As difficult as it was to exclude Stourhead, the intimacy of Rousham House, with about a dozen visitors when I was there, was hard to beat.

I will lead the tour May 22-31, 2016 which will also include the annual Gardens Illustrated Talk at the Royal Geographic Society in London. In the next several months, I will profile the gardens in more detail but below is a list of the gardens in chronological order of the tour: 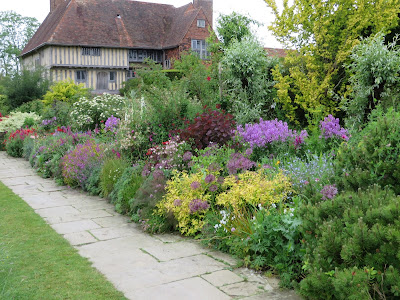 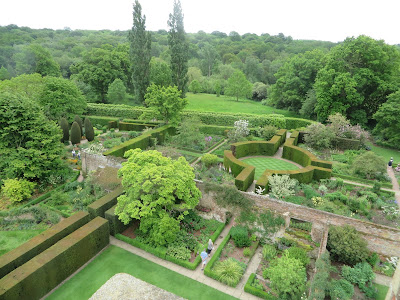 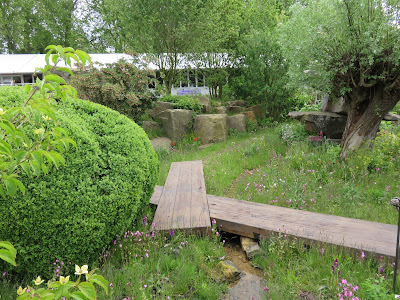 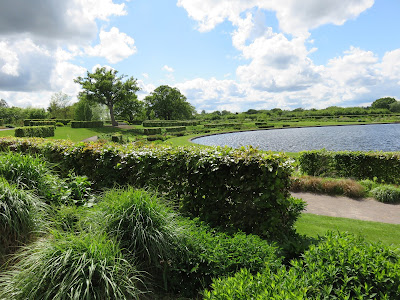 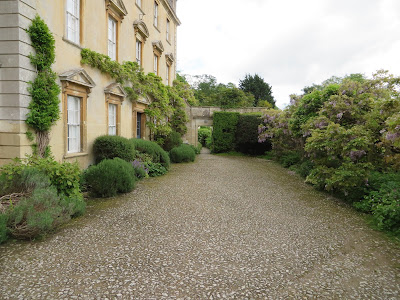 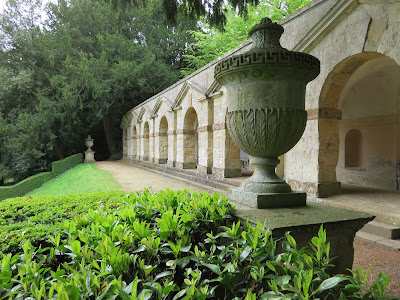 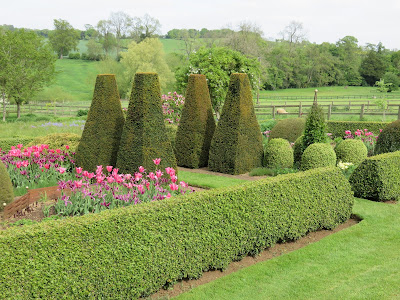 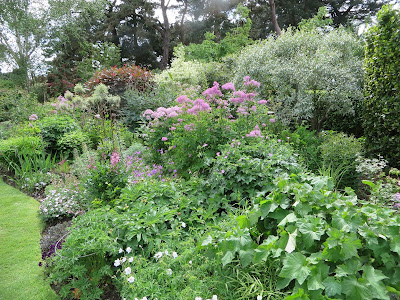 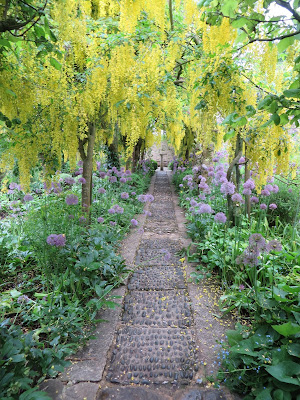 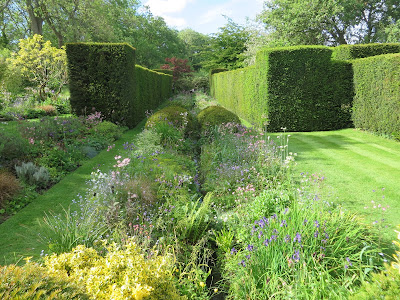 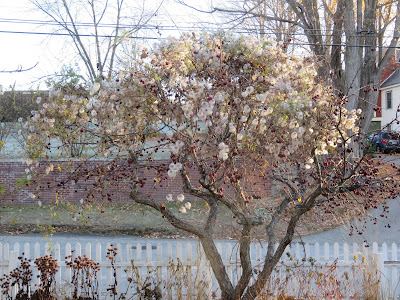 Clematis tangutica 'Bill MacKenzie' is perhaps most beautiful after all the leaves on the trees have fallen and only the silken seed heads and fruit remain. 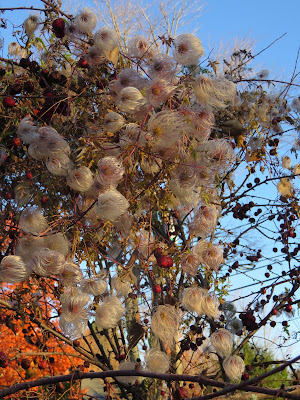 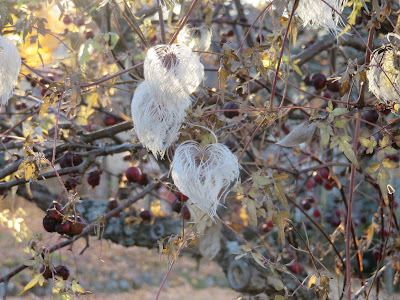 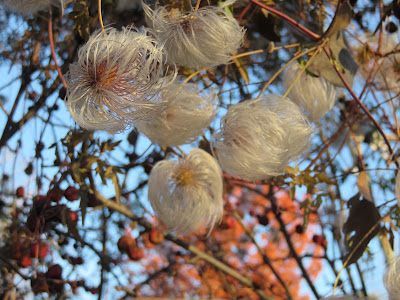 Beauty and Death at Federal Twist 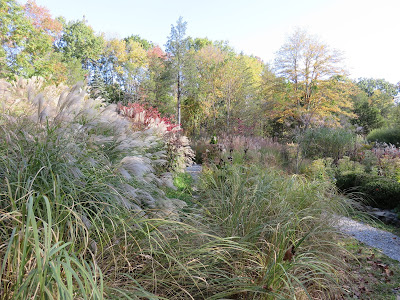 James Golden of Federal Twist, a "New American" garden in Stockton, NJ, calls this the "Edgar Allen Poe Season" in his garden. It is the end of the season where death in the garden is omnipresent. Federal Twist looks its most beautiful at this season; although I can't say for sure because I have only seen it in late October. I visited James on my way home from the Perennial Plant Conference a couple of weeks ago. These pictures were taken around noon, a difficult time to get good shots, and they don't do the garden justice. For a better look at Federal Twist in autumn, check James' photographs from an October 3rd post. James is becoming quite an accomplished photographer as well as gardener. I had the good fortune of visiting Federal Twist with Ben Pick, a young gardener who has been an intern at Great Dixter in England and Chanticleer Garden in Wayne, PA. James walked Ben and I around the garden as we talked both plants and design. 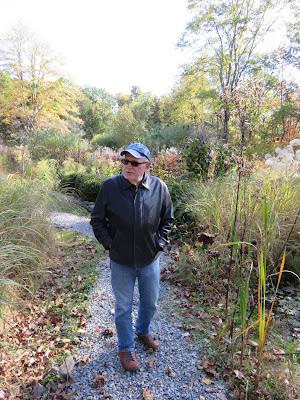 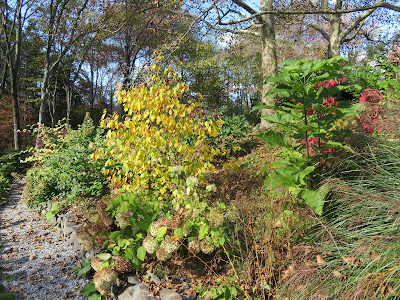 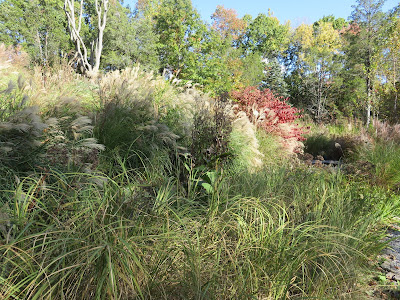 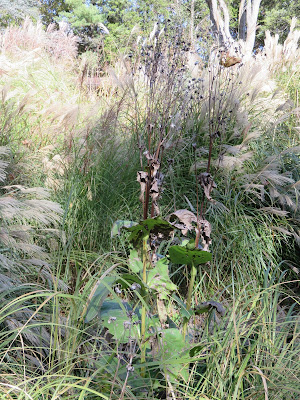 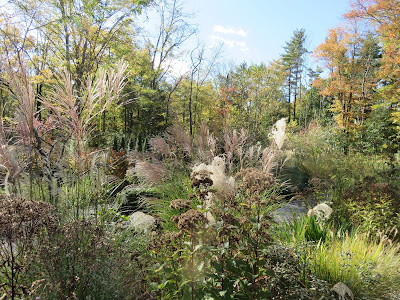 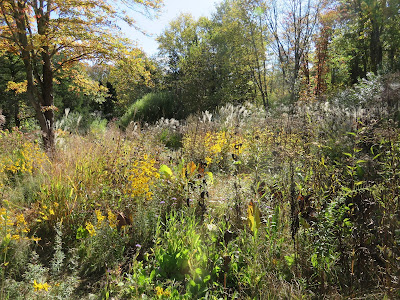 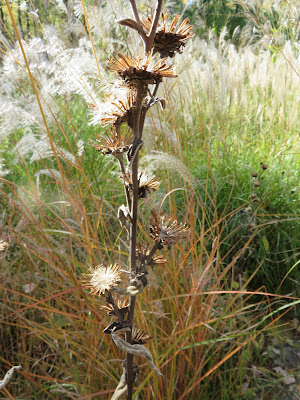 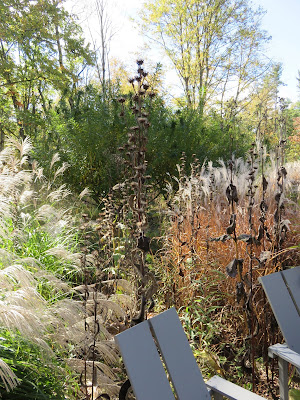 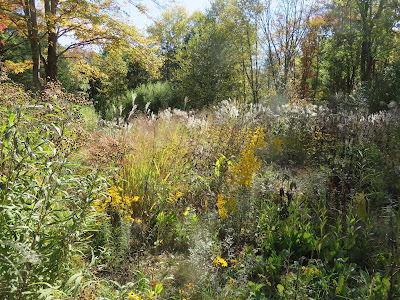 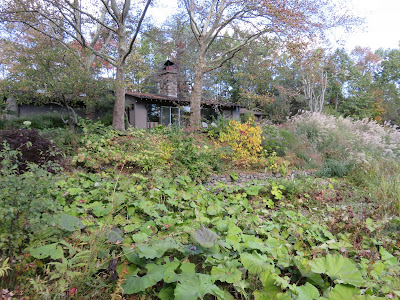 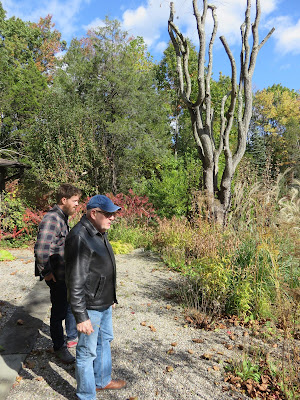 Ben Pick, a current Chanticleer intern and former North American Christopher Lloyd Scholar at Great Dixter, and James Golden in front of the skeleton of what was once a Japanese weeping cherry tree. James left the remains as a decaying sculptural element in the garden. James often makes very unconventional choices in his garden that make it unique and a very personal self-expression, the kind of garden that appeals to me the most. 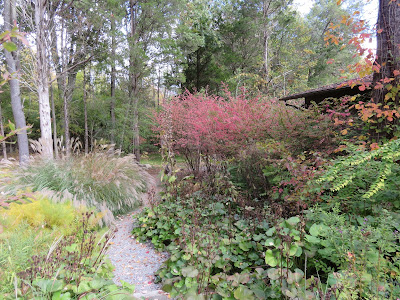 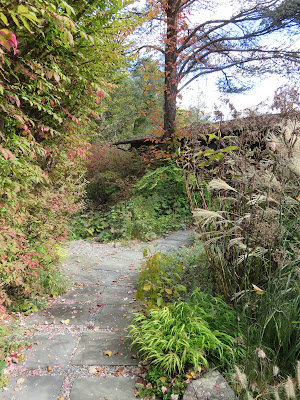