Subtraction in a Maturing Garden

Over a decade ago, I planted a pair of small Juniperus scopulorum 'Skyrocket' trees to add a vertical accent on the slope connecting the Upper garden with Lower Garden. Later, I added granite steps and planted it with boxwoods which gave the impression of balls rolling down the hill. The junipers flourished and became quite handsome but in the last several years they have grown out of scale for the space and suffered snow damage. In the mean time, the yew hedge that encloses the area has finally become a wall and the Cornus officinialis in the center of the space is large enough to become a focal point in the space.

After our snow this Thanksgiving, it became clear that the junipers were more of a detriment than a virtue in the garden. I removed them today and I don't regret my decision. 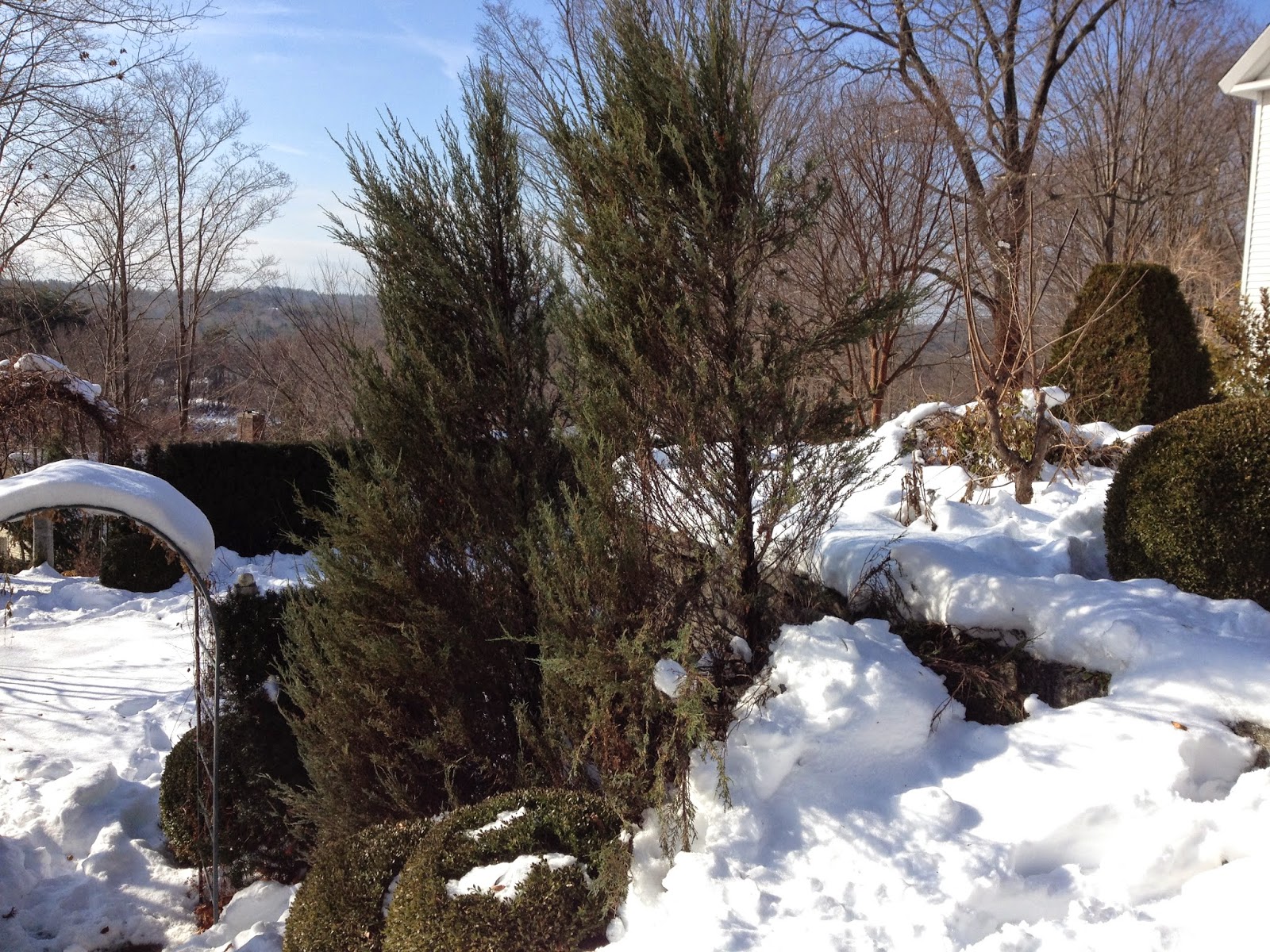 The pair of Juniperus scopulorum 'Skyrocket' trees in the Hall with Balls. 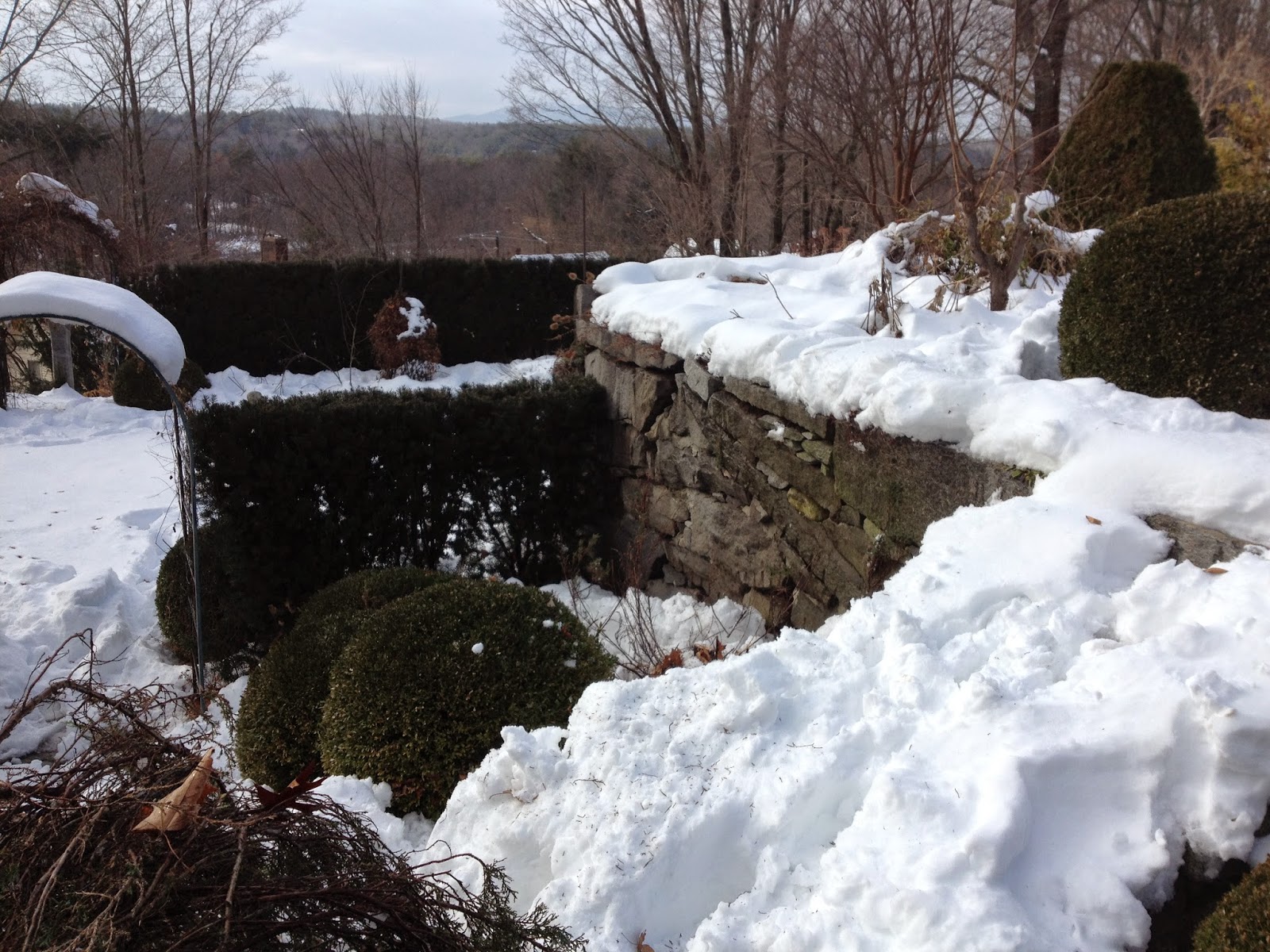 Now that the junipers are gone, the granite retaining wall can be seen once more. 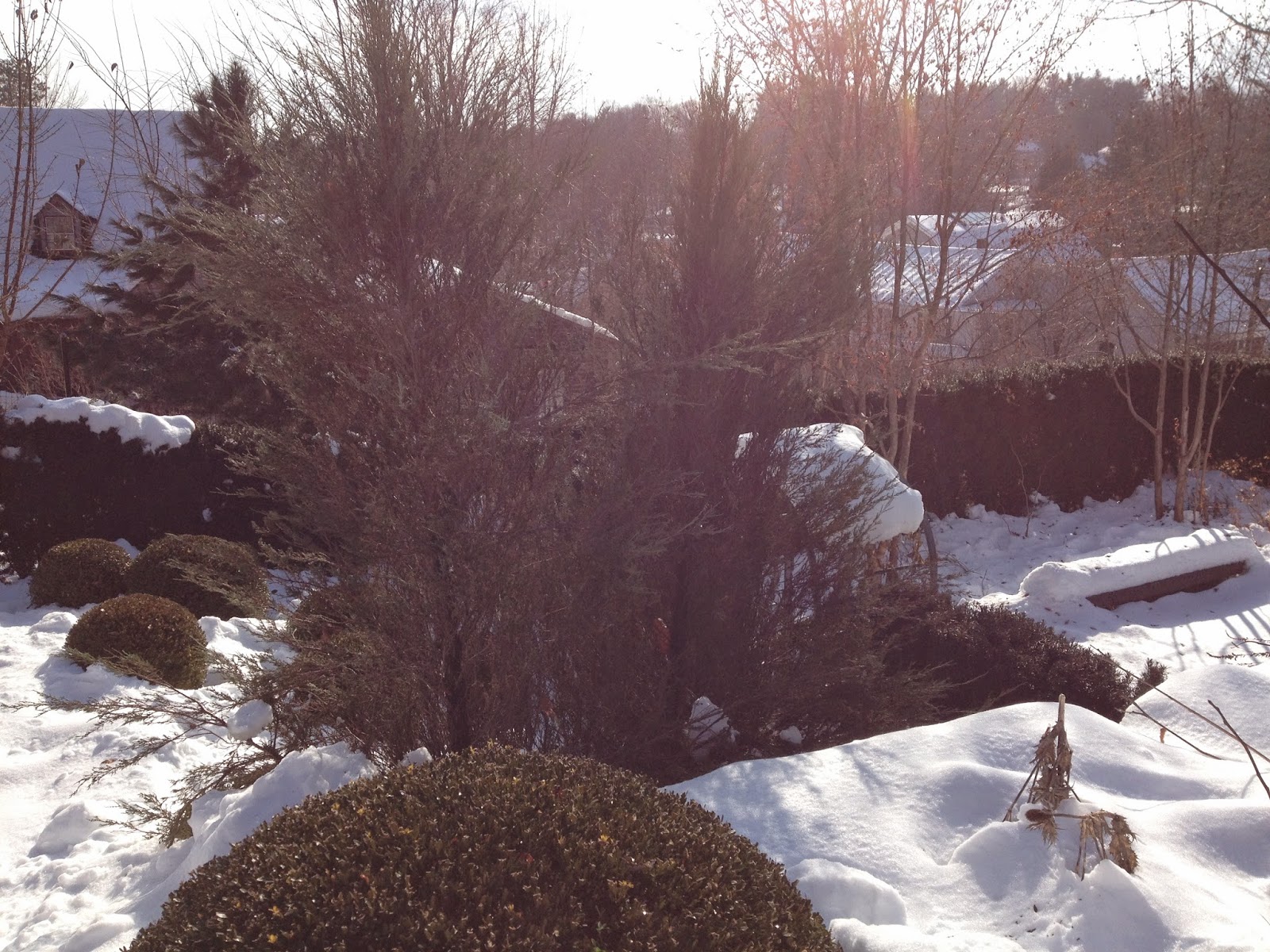 The "before view" from the Upper Garden 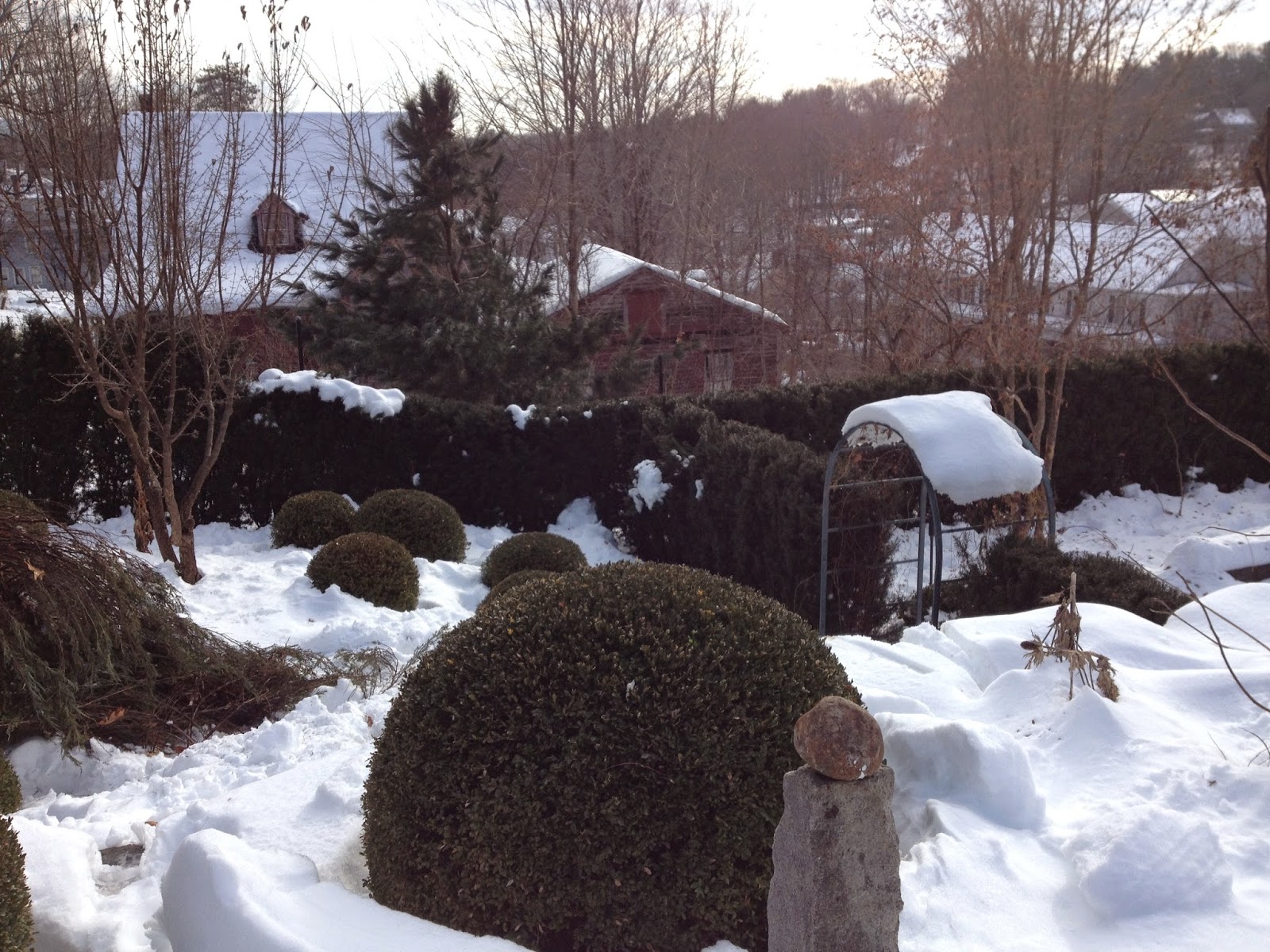 and the "after view" with Cornus officinialis to the left. 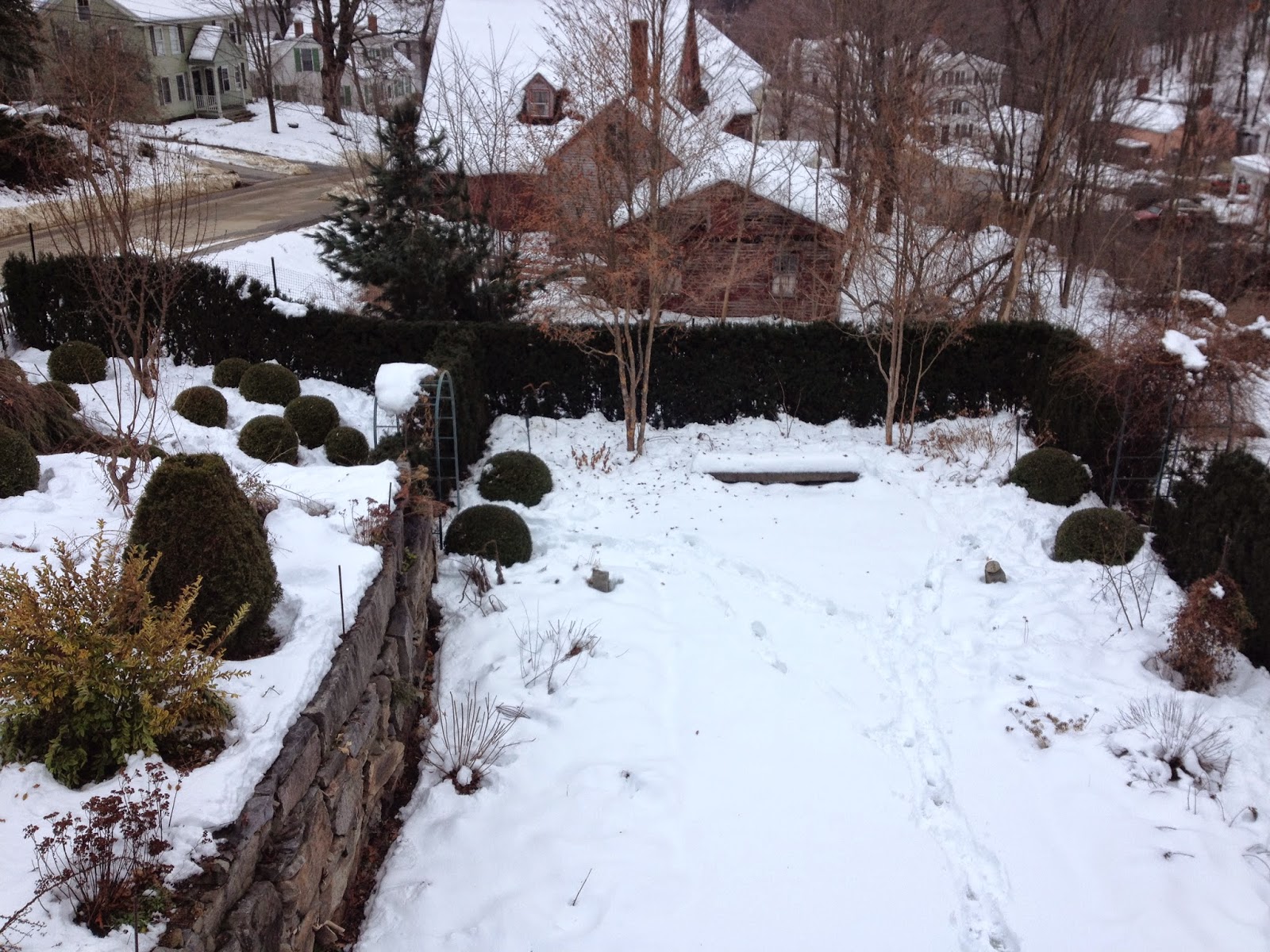 A pleasant surprise was the view from the Master Bedroom. The boxwoods that seem to be rolling down the hill are exposed as well as the Cornus officinialis in the center of the Hall with Balls. The round boxwoods have been used as a unifying element in the garden. I like the idea that the boxwoods give the impression that they have rolled from the Upper Garden down through the Hall with Balls into the Lower gardena and down into the Woodland Garden below. I did a series of posts earlier this year experimenting with ideas about how to place boxwoods in the rest of garden; its time to think about it once more.

Email ThisBlogThis!Share to TwitterShare to FacebookShare to Pinterest
Labels: Boxwood, Hall with Balls 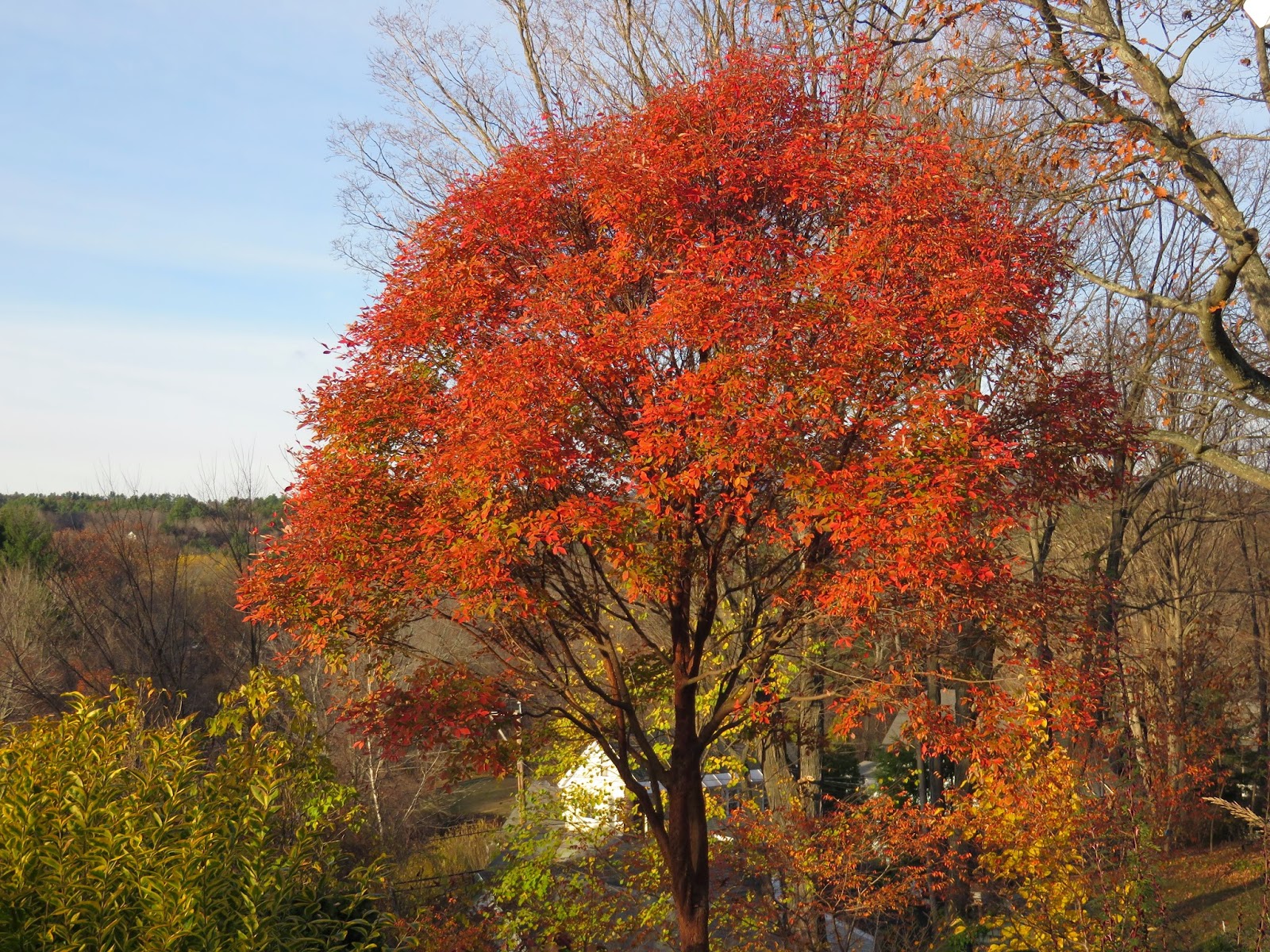