Back from Cap Haitien 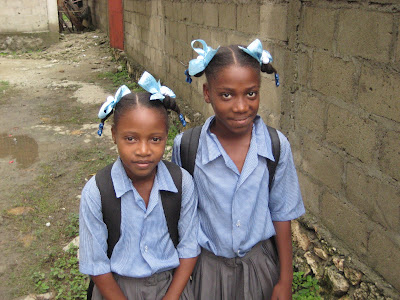 Two schoolgirls waiting at the clinic 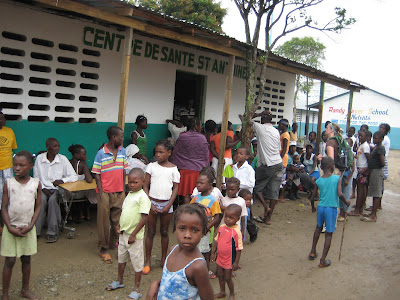 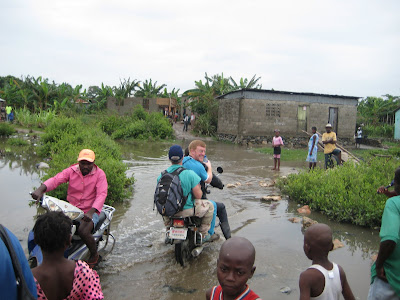 Getting a lift to the clinic 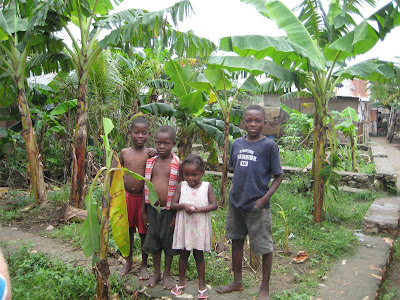 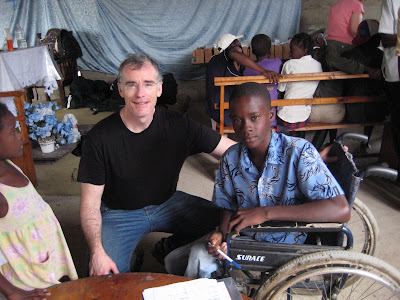 Me and my new friend

I have just returned from a week-long eye care mission in Cap Haitien, Haiti. I was a member of the VOSH (Volunteer Optometric Service to Humanity) DelVal team. We were part of a multidisciplinary medical group delivering health care in northern Haiti. Most of our work was in and around the second largest city, Cap Haitien.

This is the fourth time I have been to Haiti but I had the most trepidation about this trip because it was only a month after the earthquake. Although Cap Haitien was not directly affected, I was unsure if it was a good idea to be giving non-emergency care this soon after the disaster. Our contacts in Cap Haitien assured us that our presence would be a positive thing and we went on with our plans and I am very glad we did.

We saw nearly a thousand patients and provided eyeglasses to patients who needed them. We also treated patients with glaucoma and eye infections. Patients with cataracts were referred to ophthalmologists for surgery.

I think the most profound thing we did was to not cancel our trip. Nearly every patient we met had a relative or loved one killed or injured in the earthquake. People have been displaced to Cap Haitien and rural areas in the North. Many of these people are having nightmares and can not sleep. The main fear by the coast, is the threat of tsunami if there was an earthquake along the fault line in the sea north of Cap Haitien. I would like to think that we provided a small glimmer of hope for the future and some amount of reassurance that they would not be forgotten in their hour of need. And that need is enormous.

You can read more about our clinic at: http://www.saintanthonysclinic.wordpress.com/ .

Email ThisBlogThis!Share to TwitterShare to FacebookShare to Pinterest
Labels: Haiti