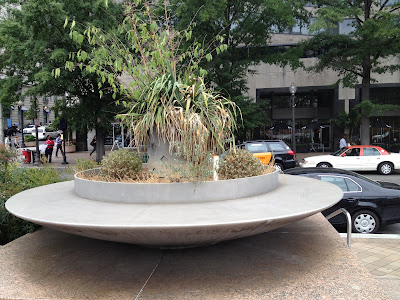 I've made the pilgrimage to see the work of the late Wolfgang Oehme and James van Sweden at the Freedom Plaza in Washington, DC three times in the last ten years. Each time, I have been sadly disappointed. The last time, about a week ago, it hit me: the plantings that van Sweden considered the birthplace of "The New American Garden" no longer exist--at least not how they were intended. From what I have read in his book Gardening with Nature, the pair began working on the Freedom Plaza, a modernist plaza located a few blocks from the White House, in 1981. They were first asked to plant a dozen huge aluminum containers, designed by landscape architect George E. Patton, on the perimeter of the plaza. The architect, Robert Venturi, requesated that the urns "be planted to look like Edwardian women's hats". There is an iconic photograph of Oehme and van Sweden planting a prototype container in the book Bold Romantic Gardens that has always stuck in my mind as that moment van Sweden was referring to. Today, all that is left in the urns seen in the 1982 photograph of the duo, are the original yuccas surrounded by dead, dried-out plants and trash. 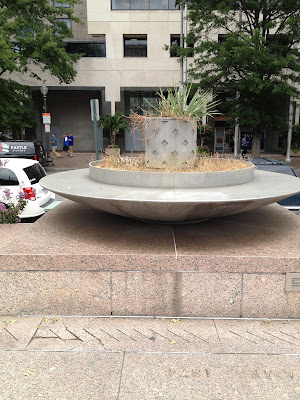 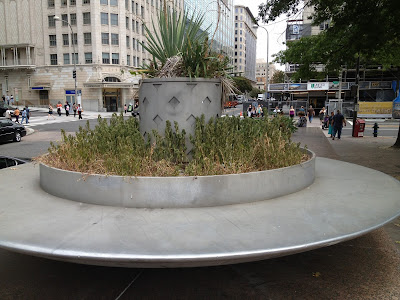 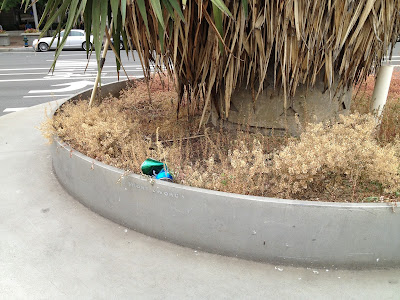 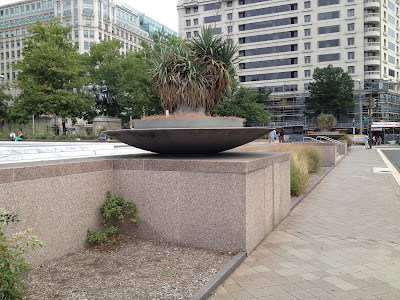 In 1984, Oehme and van Sweden were permitted to remove the solid blocks of yews planted in the twenty-one alcoves along the sidewalk that van Sweden felt looked like "boring concrete". They planted, in their place, a lush mixture of perennials, shrubs and grasses using their newly evolving style. Sadly, many of the alcoves are now empty, several had overgrown shrubs and a handful had the ornamental grasses that were the hallmark of their revolutionary design approach. None of the alcoves were maintained well. 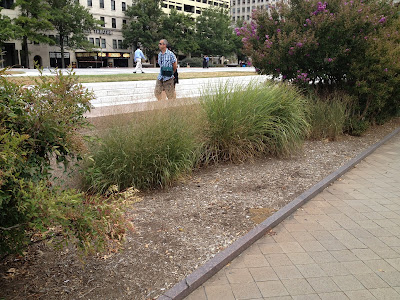 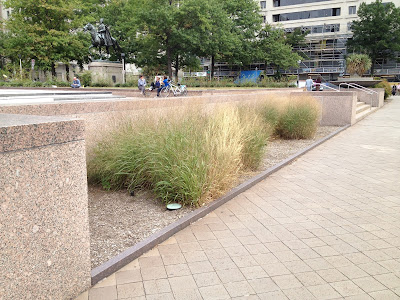 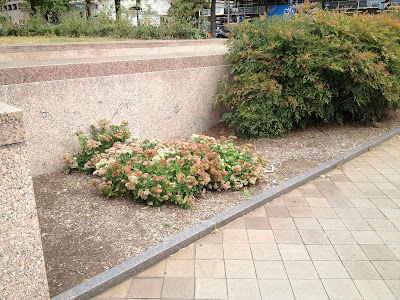 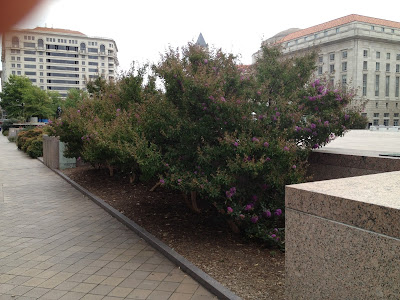 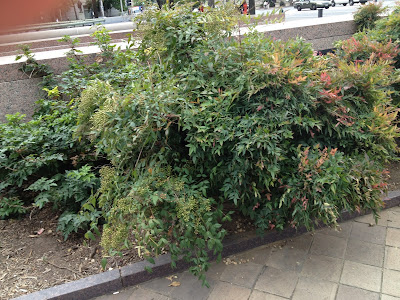 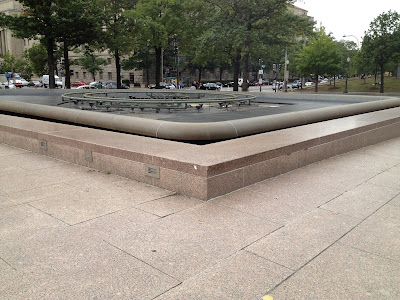 The large fountain at the western end of the plaza was not operating and... 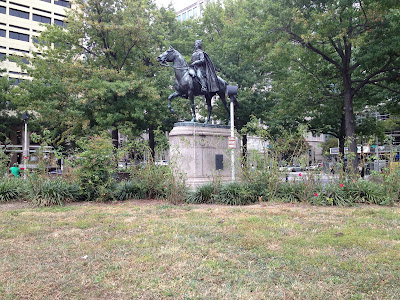 ...the proud statue of Kazimierz Pułaski, a Polish soldier who saved the life of George Washington and became a general in the Continental Army looks very sad at the eastern end of the plaza.

The buzz word of contemporary landscape design is sustainability. But whether it is the High Line in Manhattan or a modest public park in New Hampshire, gardens need to be maintained no matter how low-mainatinance they claim to be. For even a ground-breaking public space designed by masters in their field will be a fleeting achievement without proper maintenance. Lynden B. Miller, the famed public garden designer, states in her book Parks, Plants and People, "Make it gorgeous and they will come. Keep it that way and they will help." We must remember that the "making" may be just as difficult as the "keeping." 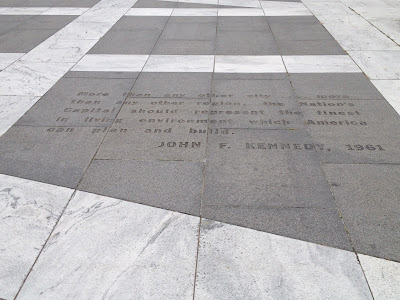