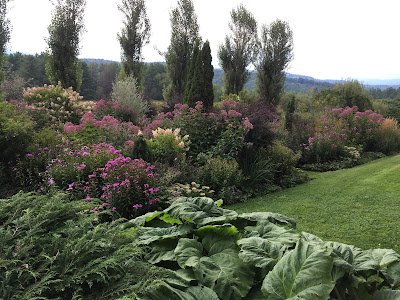 Last week, I took some time out from my garden to visit several gardens that I have been wanting to see again. I had visited Bill Noble's garden in Norwich, VT several years ago and returned for a visit last week. Bill was the former Director of Preservation at the Garden Conservancy and has been involved in numerous preservation projects throughout the country including the Garden Conservancy's first project, The Fells Estate and Gardens in Newbury, NH. One of Bill's signature plants is a Himalayan rhubarb called Rheum australe which can be seen in the foreground of the photo above. Behind is his mixed border which looked sumptuous in the late afternoon cloudy lighting. The border includes hydrangeas, phlox, Joe Pye weed, red barberries and the ever-reliable 'Autumn Joy' sedum. I kept asking myself "Why doesn't my garden look this wonderful?" 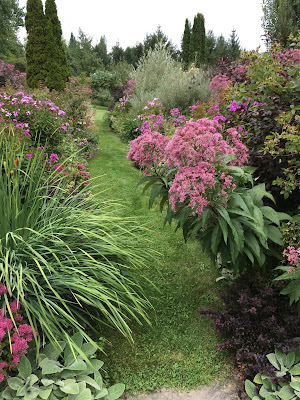 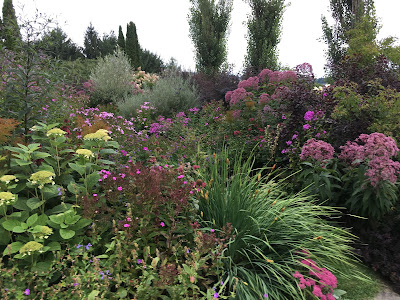 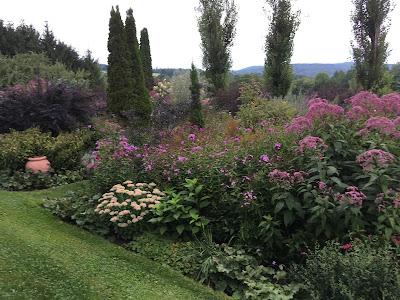 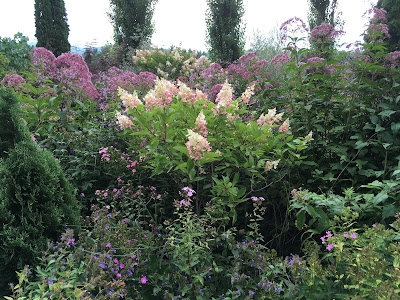 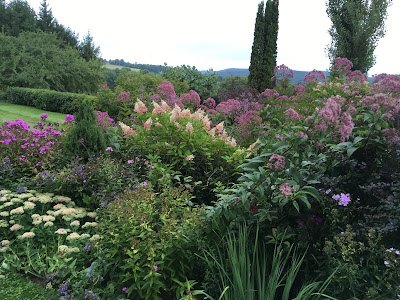 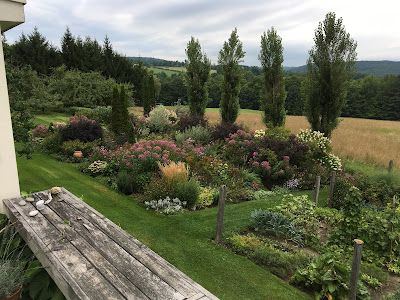 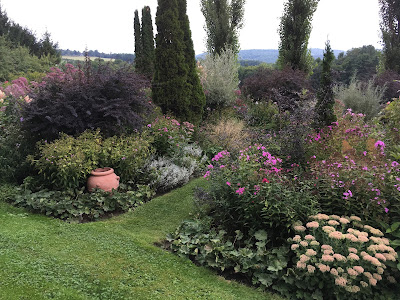